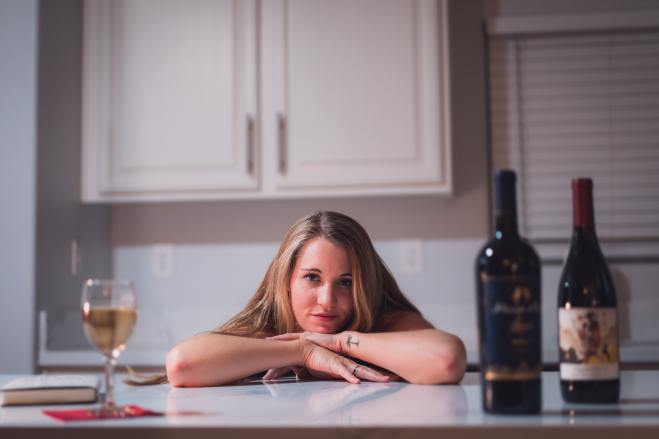 This morning I got up, eyeballed the bottle of award-winning something or other on the counter, then tipped it down the sink. For good measure, the second open bottle followed it.

For most of my wine-drinking life, pouring a bottle of non-tainted wine down the sink would have been self-exsanguination. Couldn’t, wouldn’t, didn’t ‘waste’ wine.

As a child, I wasn’t allowed to throw away food. A clean plate was next to godliness. This left an impression. When it came to wine there was also the small matter of the fact that I wanted to finish the glass, the bottle and (on an occasion or two) the case.

Unhealthy, perhaps, but fun. On the occasions I wondered if it was tipping into too much I applied the Hunter S Thompson litmus: it’s wrong when it stops being fun.

Gradually the quantity consumed diminished of its own accord. We drank less because we had more to do, or because we didn’t like hangovers, or whatever. We still enjoyed it though. Still finished bottles, just fewer of them.

The traverse to ‘tipping it out’ territory is recent. For a long time, even if I didn’t much enjoy a bottle, I’d drink a glass or two a night until it was gone then reward myself with something nicer.

The first obstacle to freedom is self-belief. If a wine comes recommended, awarded or from a preferred winemaker I’ll soldier on, even if it wasn’t really floating my boat. It must be good because… runs the voice in my head.

Willing myself to enjoy a wine because I should is like willing myself into a certain size jeans from one brand just because that’s what I wear in another; every item is unique. Sometimes, bottles I’ve loved and drunk consistently over time shift. Is it me? A bad batch? Who knows, who cares.

Freedom to enjoy wine is freeing myself from the expectation of enjoying a wine because. The only because that matters is whether it is a pleasure to drink. Brand loyalty, habit, ritual or previous conditions are irrelevant.

Claiming this freedom means trusting my palate, though, with every sip. If a wine doesn’t taste good right now, stick a cork in it and try again later. If it still doesn’t work, tip it.

Today’s bottle down the drain was mid-shelf from a good shop; not expensive but not cheap. It is harder to tip out a bottle of pricey wine than something cheap, but price should never be the deciding factor in whether to keep or spill. This is antithetical to my frugal side but, I remind myself, frugality and false economy are not synonyms.

My liver has to last a lifetime. The money I save drinking unedifying booze will not buy me a new one.

This is also a useful exercise in resisting the capitalist price = value paradigm. Wine prices, like most prices, are based on what producers think people will pay, not worth ipso facto. Despite the Protestant twinge, it is satisfying to assert my independence from projected values by dumping a bottle that doesn’t quite cut it.

This is probably the trickiest trickster (before a fall, and all that). Admitting a well-reviewed wine, or an expensive wine, is unsatisfactory and giving it the boot is one thing. Admitting I’ve picked a dud is another matter.

When I choose a wine, I want it to be a success. I like to be good at things. Moreover, I like other people to think I’m good at things. The chosen bottle becomes, like the child of a pushy parent, a projection of my ego and self-styled authority.

The wine must be good because I picked it out. You must get straight-As because I was a salutarian in high school. Whatever.

Admitting to company that, hey, this bottle sucks is humbling. Like medicine, humility is hard to choke down sometimes but it makes us better. Over time, it has the potential to heal all sorts of moral malaise.

So chin up, take a slug, if it’s not good enough, be the first to suggest getting rid to make space for something better.

In wine, as in life.

How do you feel about pouring out drinkable wine? No sweat or blood-and-tears?