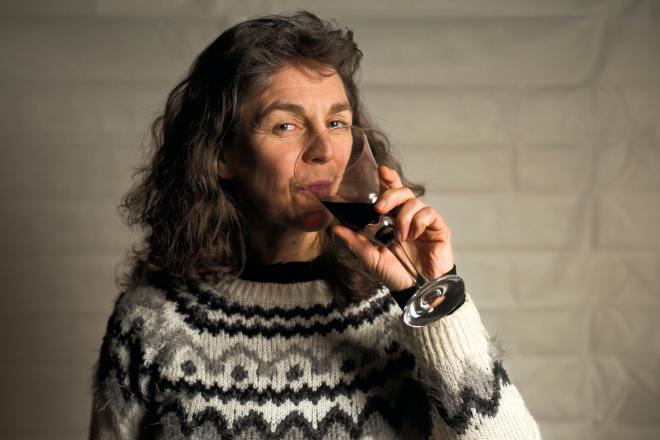 From browsing the wine library of a defunct California cult to Snoop Dogg and Carmelo Anthony jamming on marijuana legalization over a glass of red, May was a prime reading and viewing month for Vinediction.

Here, for your delectation, are some choice wine tales to get you through the week. Click the headlines to read.

The bizarre yet strangely inspiring saga of a self-actualization cult that happened to make spectacular wine. Chronicle wine critic Esther Mobley writes: “The story of Renaissance — how it came to produce such great wines, and how it fell this far — is a painful one. It’s a story about a guru and his followers, about scandals and schisms, about belief and unbelief. It’s a story about this curious, secretive community, the Fellowship of Friends, to which the fortune and folly of Renaissance Winery has always served as an obscure window.”

Snoop Dogg What’s in Your Glass?

Carmelo Anthony’s What’s in Your Glass? YouTube channel features the Blazer star and wine buff sipping and dishing with everyone from Patti LaBelle to Killer Mike. As a child of the 90s though, I couldn’t resist starting with the Snoop Dogg episode. It does not disappoint. Snoop, looking fresh-faced as when we were blasting “Nuthin’ but a ‘G’ Thang” in my freshman dorm 20-odd years ago, greets his host from behind a substantial glass of red and a wreath of blunt smoke. They riff on legalizing marijuana, bringing wine-marketing up to date, and how “my homeboy Warren G… popped some shit called Merlot… it just sounded expensive.”

Genus de Vinum winemaker Ana Mendez tipped me off to a rare, prized Galician sweet wine. Campo Galego writer David Glez. Eirexas explores the history and production of this hen’s tooth tipple: “Like Tokay, its Hungarian relative, Tostado do Ribeiro is a naturally sweet wine due to the over-ripening of the grapes. And while Tokay was considered the ‘Wine of Kings, King of Wines’, Tostado do Ribeiro was the noble wine of the pazos and the nobility of the Ribeiro valley. Its documented references date back to the 17th century, although it is likely to have been made even earlier.”

David Adelsheim shared this article about how the French go about developing the palates of the next generation. “The French approach focuses on developing a love of a wide range of foods in children before they arrive at that near-universal ‘no’ stage at around the age of two. Their approach suggests that we should be thinking more about taste development and less about food allergies.”

A guest post by scientist and wine aficianado Luca Turin on Master of Wine Tim Atkin’s site. This evocative musing on the sensory pleasures of fine wine and fragrance makes you want to go roll around in a Parisian parfum atelier while slugging straight from a bottle of something you can’t afford. As Turin puts it: “A good Sauternes, to paraphrase Wordsworth, is the emotion of summer recollected in the tranquillity of autumn. The white labels and gold lettering strive to give a solar impression, but the truth is Sauternes are melancholy wines, their vigour first wizened by botrytis, then imprisoned in bottles where they mysteriously grow in size and eloquence year after year, as if some hidden agency were supplying them with inspiration through the glass.”

Wine Spectator editor MaryAnn Worobiec interviews former opera singer turned winery president Tiquette Bramlett. Worobiec writes, “Bramlett is believed to be the first Black woman appointed to oversee a winery in a major U.S. wine region. Vidon is known for making outstanding Pinot Noirs. ‘My heart is so full of joy with what we can do out here in Willamette Valley],’ said Bramblett about the appointment. ‘I can’t wait.'”

Dining Out Again, With Wine: Restaurants and the Post-Vaccination Experience’ Forbes

Rediscovering the simple pleasures of a shared meal with Forbes columnist and wine data expert Cathy Huyghe: “there was for me a noticeable level of comfort in passing the dish of baguette slices or refreshing each other’s glasses of water and wine. It felt to me that we were once again dining with companions in the linguistic sense of the word, literally, breaking bread together from the Latin origins of com- (meaning together with) and panis (meaning bread)”

The sequel to Julia Child’s autobiography, My Life in France, penned by her erstwhile co-author and great-nephew Alex Prud’homme, is a terrific introduction to the United States’ ‘food revolution’ of the 1960s and 70s that, John the Baptist-like, prepared the way for a wave of native born wine-makers to elevate U.S. wine to Old World standards.

It also contains an amusing account of Julia and Co. on a rather chaotic documentary film excursion in France. The fixer was a young man called Daniel Berger who, on that trip, tasted a Chablis he couldn’t get out of his head. Cue a career change. Which brings me to my next recommendation.

Daniel Berger decided to pursue a career in wine instead of TV. For more than 40 years, he has been cultivating palates and piquing curiosity as an award-winning wine writer, reviewer and judge. In addition to contributing to publications too numerous to list, he runs a bespoke wine guide, Vintage Experiences.

Here’s an excerpt on the puzzle of unidentified wine: “An unsolicited sample of a fine 2002 Rioja from Luis Alegre… arrived weeks ago. I liked it, but the shipping box had no press material at all…. But the wine had a back label with the name of a San Francisco-based importer and a phone number. The number was disconnected.”